Our visit of San Francisco came to an end the same day our visitors from Austin TX went back home. On the 30th, we took off on the road once again, this time making our way down to Rancho Oso RV park, which is about 30 minutes from Santa Barbara and from Solvang. We drove down the Pacific Coast Highway, taking our time, taking in the gorgeous scenery 🙂

If you ever get a chance, you must take a road trip on the Pacific Coast Highway, you won’t regret it! We actually have been enjoying it all the way from Oregon, a little bit at a time 🙂 … There are several stops along the way but unfortunately, when pulling a travel trailer, is not a very easy task to stop everywhere you want to, and explore 😦 We did manage to stop several times between San Francisco and Santa Barbara to checkout some cool spots… even ended up spending the night right on the side of the highway, which is a no no, but hey, I preferred getting a ticket then driving at night on this twisty road pulling a travel trailer. The drive itself is an extremely enjoyable and as mentioned already, we highly recommend it, even if you are traveling in an RV. 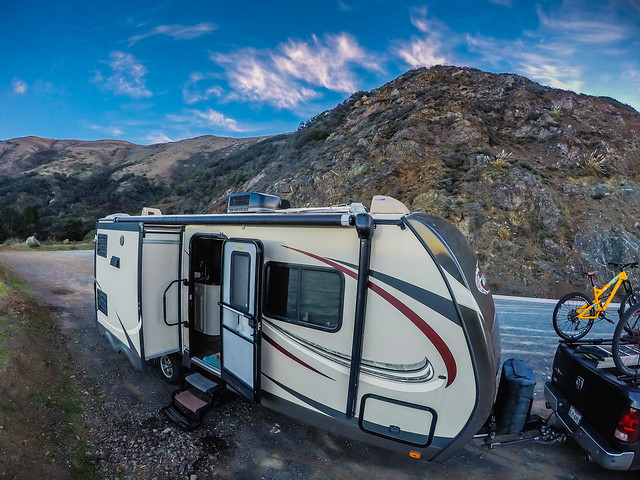 There are not many RV parks along the way, specially in the Big Sur area. We were actually looking for a place to stay the night, but couldn’t find anything close to where we were at and had to make the decision to stop on a spot on the side of the road to spend the night. It was pitch black when we stopped and just made sure the area was big enough for us to stay there safely, hoping that the area wouldn’t be so bad the next morning when we woke up and actually got to see where we ended up stopping at…. and oh we were pleasantly surprised the next morning when we opened our door and saw the view right from the travel trailer’s door! 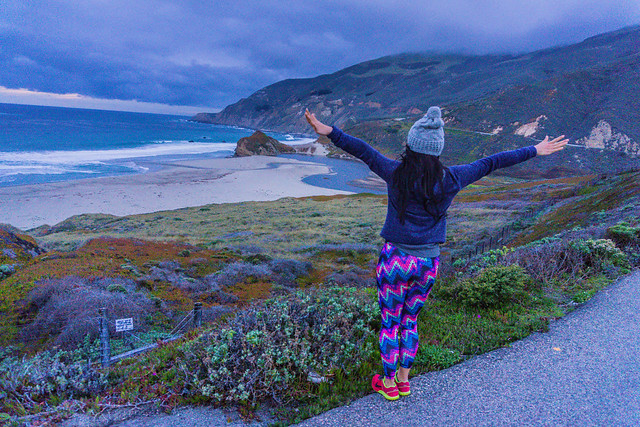 Once we were at Rancho Oso RV Park, we spent a few days riding the MTB trails around the area. We actually hadn’t ridden our bikes since our trail ride up in Oregon 😦 … But this place was perfect for riding. There were several trails that actually passed by the rv park, which made it very convenient 🙂 Took us a ride or two, to start getting back into a good riding pace. The area in general was pretty nice, but had been hurting with a heavy drought over the last few months 😦 The river that passed close to the park was almost dry and there had been some nasty fires not too long ago around the area. 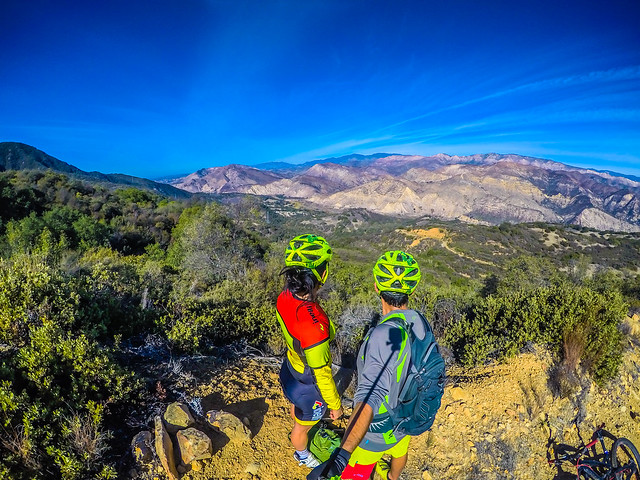 The main reason we stayed at this RV Park was because it was closed to Santa Barbara. We stopped by Santa Barbara a few years ago, but just for a few hours, and this time we wanted to actually spent a few days exploring it… and that we did! We even road around the city with our bikes, hiked along the beach, got to see the X-Mas parade the first day we visited it.

Before coming to this area, we had no idea there was another beautiful town close to Rancho Oso, it was a total surprise to us, Solvang! We felt in love with that small Danish village 🙂 We visited several times during the daytime and in the evenings. The town was so beautiful, so colorful! 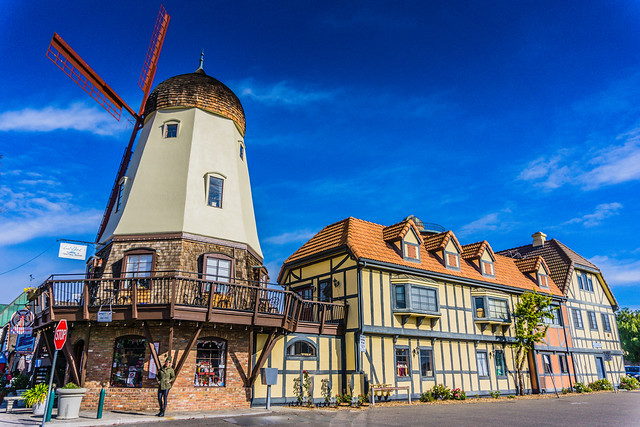 Overall, we had almost no time off while staying here, there was always something to do. The park itself is nice, has a big horse stable and several horse trails (which are also the ones used for biking) … Only big drawback for us about this park, was the lack of cell phone reception… it was pretty much non-existent.

And as usual, after exploring this area for a while, our time here came to end and we took off on our way to another Thousand Trails, this time, close to LA, Soledad Canyon… and another unexpected surprised awaited us there 🙂

Here are two albums from our Flickr Account, one is from the drive down to Rancho Oso from San Francisco and the other album is from Santa Barbara, Solvang, and Rancho Oso area. Enjoy! 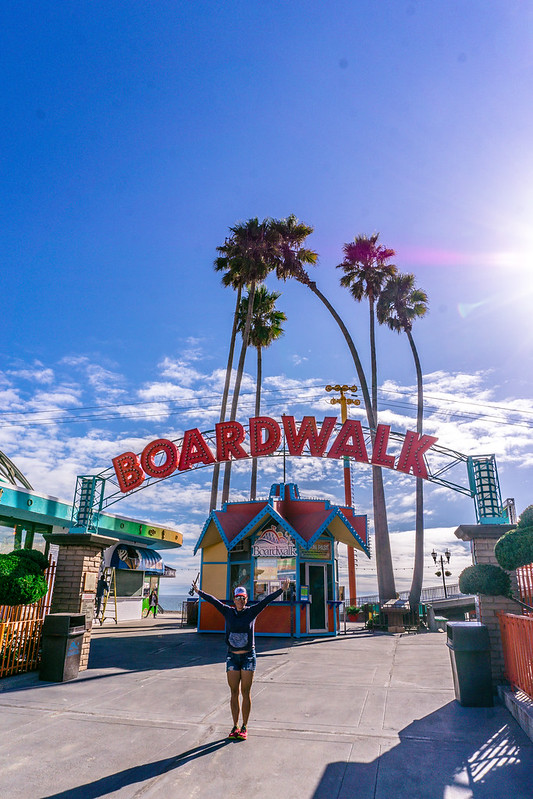 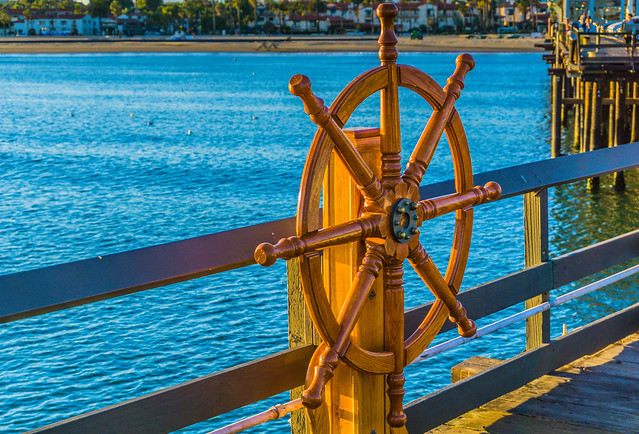