Out of the few states we have been so far, Washington was one of our favorite States and would love to come back, over and over 🙂 There was so much to do out outdoors! And Seattle was a pretty cool city to visit as well. Got to see some amazing lakes up in North Cascades, wild and beautiful ocean beaches in the Olympic peninsula, and stunning looking snow mountains! But sadly, we had to leave Washington, and head down to another awesome State, Oregon! … We were here back in September/October, in the Bend and Portland area, as well as in Seaside, but now we headed a bit further south on the Oregon coast to Newport Beach Oregon, staying at another thousand trails close to town, Whalers Rest.

The RV park had a few things that made it a nice park :), it was right across the street from the ocean; you could hear the waves crashing constantly and that was awesome! Also, the park was the only park so far we have been to, that had pretty fast WiFi! And lastly, the RV sites had a cool looking wooden porch that made it feel a bit more homey. But we typically don’t spend much time in the actual RV Parks, we tend to spend most of our days outside, exploring the surrounding areas…. unless the weather is too crazy, in which case, we spend it inside our trailer, watching movies and drinking coffee 🙂

In this part of Oregon, there were several places we wanted to check out. A friend from Austin told us to check out the sea lion’s cave, which was just about 30 minutes from the RV Park, sadly, when we got there, we were told it was closed for renovations 😦 … We still got to see a lot of sea lions just up the road from there so I guess it was okay he he.

Oh yeah, almost forgot, before we left our last Washington State RV Park, we went down to Portland for a day during an RV Show 🙂 Got to check out some pretty awesome fifth wheels (which is what we intend to upgrade to eventually). On the way back to the RV Park, we stopped by Vancouver WA to spend the evening walking around downtown area.

And now back to Oregon 🙂 … Close to Newport Beach OR we visited a placed called the Devils Punch Bowl State Natural Area… pretty cool rock formation for sure! If ever in the area, make sure to check it out. 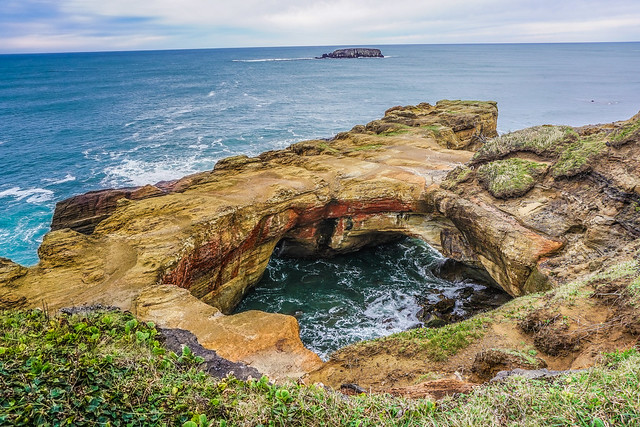 And as many of you already know, Oregon has a lot of Lighthouses 🙂 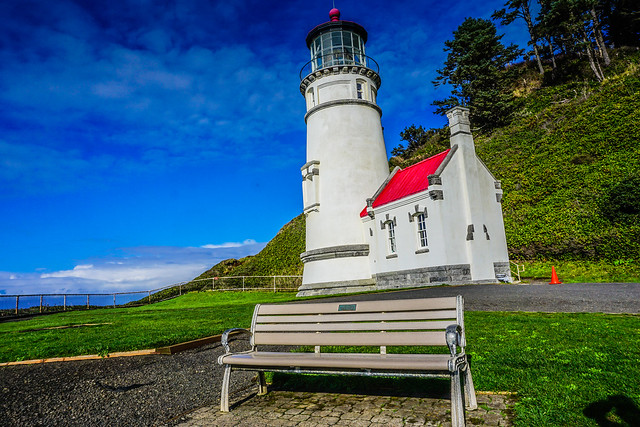 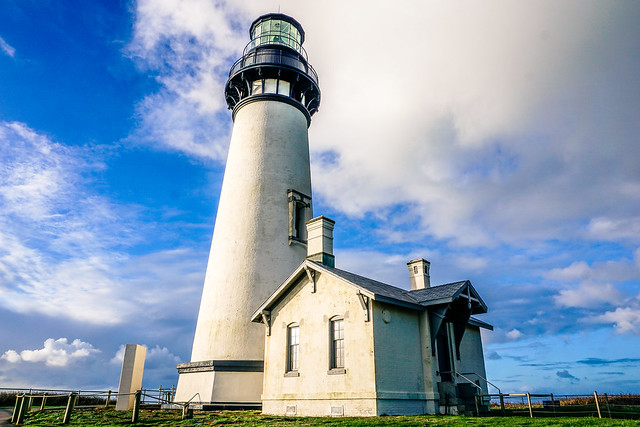 We enjoyed the days we were here in this part of Oregon, everyday trying to do something new, even if it was just going into New Port Fishing pier and walking along the fishing boats, checking them out, imagining how much history some of them have. 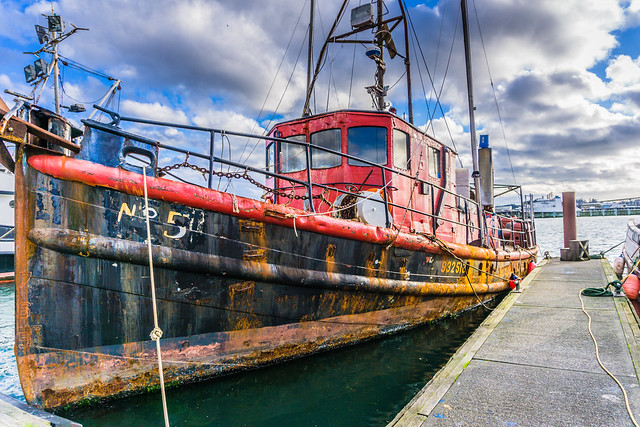 Once we left this area, we started heading south, on our way to San Francisco. We did stop along the way to check out a few places. We stopped by the Sky Trail, which I guess it is a must if you drive by it???? It was a pretty nice place, the hike to the gondolas was pretty entertaining… The actual gondola ride was just okay, in our opinion, but still an interesting place to check out.

Here is our album from this part of our adventure 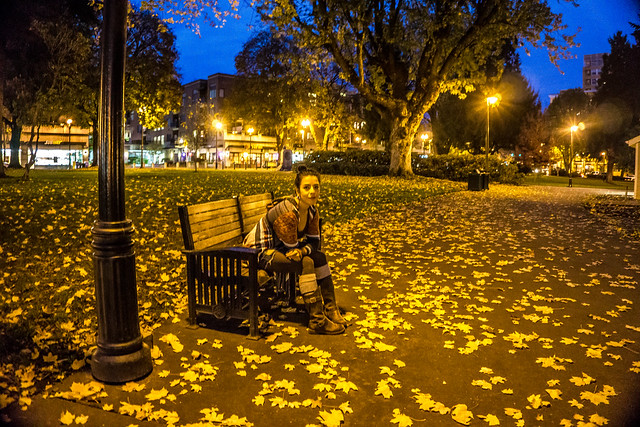 We are Rubi and Eduardo. We are outdoor lovers. We enjoy mountain biking, hiking, paddle boarding, kayaking... and pretty much anything that has to do with being outdoors. For a while we had wanted to travel around our awesome country, exploring everything along our path. We took the leap and decided to do just that back in January 2016 and have loved every minute of it! We enjoy taking pictures as a hobby to share them with our friends and family. All of our full resolution photos are uploaded to https://www.flickr.com/adventuresonwheels/albums View all posts by Adventures On Wheels